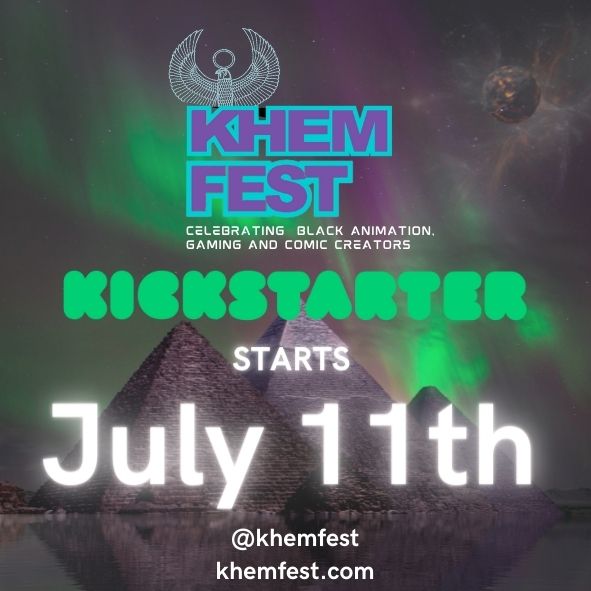 Gifted, however, needs public support like most independent creators funding a project. The Newark native is looking toward the world of crowdfunding to finance production and marketing of the 8th Annual Khem Fest.

His Kickstarter goal is $10,000, but Gifted would like to raise more to fund Science, Technology, Engineering, Art and Math (STEAM) programs in Newark, where the three-day celebration of Black animation, gaming and comic book creators will be held September 23-25 at the Hahne & Co. Building, located at 609 Broad Street.

“Our festival is a diverse networking event for professionals and enthusiasts to inspire, cultivate and honor black creators and their contributions as it relates to popular arts and media,” said Gifted, a writer and educator who founded the festival in 2015.

In this creative space, comic books, games and popular culture arts are used to develop youth literacy and expression through S.T.E.A.M.  There will also be a newly curated “The Future is Black Afrofuturism Art + Tech Gallery” that Gifted has led for over a decade.

In many ways this is Newark’s very own Wakanda, where young people focus on animation, video gaming, comics and coding as they develop skills that need support from Gifted’s ambitious fundraising campaign starting July 11th. The Wakanda and Afrofuturism Ball in Newark is set for August 20th in The Future of Black Afrofuturism Art + Tech Gallery located in Downtown Newark.

If successful, public generosity for our S.T.E.A.M initiatives will expose minority students to 3D printing, game design classes, Slime creation, Robotics and other genres such as speculative fiction, animated films and all other media related to popular arts.

But it all starts with the festival, Khem, which means Black or Blackness. The name bears its origin from Khemet, an area in Ancient Egypt, known as the “black land.” In that region, stories were written in hieroglyphics on the walls of Khemet thousands of years before modern comics were printed.

Inside Khem Fest, there’s lots to see. Join us. We look forward to your support on this journey.

KHEM FEST is an annual festival & celebration of Black Animation, Gaming and Comic Book Creators founded by comic book creator and educator Naseed Gifted in 2015. The goal of the festival is to use comic books, animation, games and popular culture arts to develop youth literacy and expression through S.T.E.A.M. (Science, Technology, Engineering, Art and Math).

We created a festival that will feature and promote creators of comics, animation, games and other media with a focus on black; culture, concepts, and interests.

Our festival is a diverse networking event for professionals and enthusiasts to inspire, cultivate and honor black creators and their contributions as it relates to Popular Arts & Media. Our event highlights other literary genres like speculative fiction, game development, 3D printing, animated films and all other media related to the Popular Arts.

PBS Media (Phocused Black Star Media) is an innovative graphic media company that partners with the community to raise awareness and social consciousness through creative projects. Along with the development of the ongoing P.B.Soldier graphic novel series, the organization provides animation, app development, apparel, and motion comics though it’s offices located in Newark, NJ. We serve as a “bridge in the gap” of the community.

S.T.E.M. or Science, Technology Engineering and Math Programs are often the lowest funded and the lowest graduated in urban areas. Gifted is working hard to change those statistics by traveling the country, speaking at schools, comic book conventions and after-school programs. His goal is to build the ultimate afrofuturism experience to get young marginalized students excited excited about science and the arts. 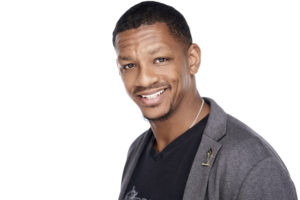 “We’re trying to get students interested in S.T.E.A.M. and we use their passion for animation, gaming and comic books as a vehicle.”- Naseed Gifted, Khem Fest

Naseed Gifted is the Vice Principal of the #1 high school Science Park High School in Newark, NJ. He is dedicated to inspiring young people to be science and technology leaders who excel academically, succeed professionally and positively impact the community. A New Jersey native, and New Jersey Institute of Technology graduate, Gifted is also the founder of Newark’s Comic Book Festival “Khem Fest.” and “Khem Animation Film Festival”. He is also a two-time Glyph Comic Awards and Urban Action Showcase nominee, an engineer and writer, who regularly travels across the country speaking about diversity and using comics to teach S.T.E.M. 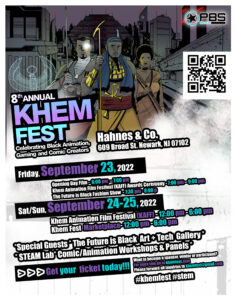